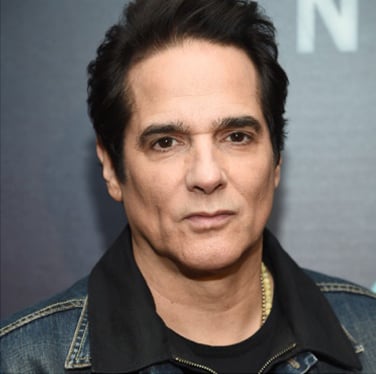 “Terry Knickerbocker has been my coach on numerous films. His ideas have inspired and challenged me, and working with him whenever I’ve prepared for a new project has been invaluable.”

Yul Vazquez began training with Terry over 25 years ago. An actor’s actor, Yul has consistently worked in TV, film, and theatre for over 25 years. Best known for his role as Bob on “Seinfeld”. Film credits include Captain Phillips, The A-Team, American Gangster, War of the Worlds, Che, and Runaway Bride.

Yul is a founding member of the LAByrinth Theatre Company and served as co-Artistic Director. He starred on Broadway in Motherf**ker with the Hat, which earned him nominations for a Tony Award, a Drama Desk Award, and an Outer Critics Circle Award. Other theatre credits include The Last Days of Judas Iscariot, Primary Stages, and The Floating Island Plays.