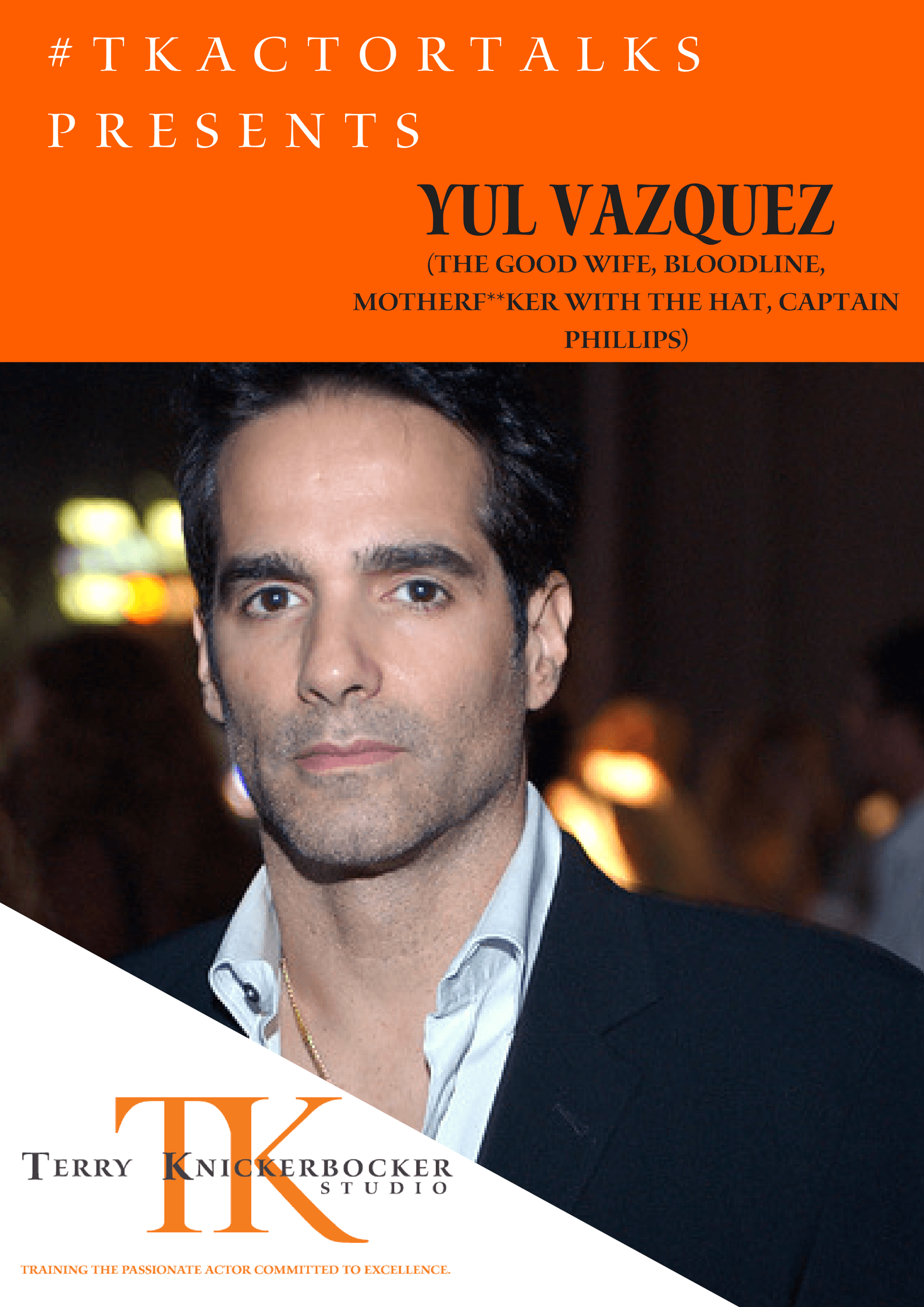 Yul Vazquez will be coming to TK Studio this Friday, April 28th for the third #TKActorTalks. Students will have the opportunity to ask questions and hear Yul speak in an intimate setting about his vast industry experience which includes acting in the Tony nominated play Motherf**cker with the Hat, films such as American Gangster and television shows such as “Seinfeld” and “Bloodline”.

“When I think of Yul – he is the ultimate actors’ actor – talented, imaginative, and someone who totally gives over to every part he plays. When I first saw him in class over 25 years ago – he was a professional rock and roll guitarist who was just getting his feet wet in acting – and he took to the work with such force – it was as if he was born to act. Since then, his work has been consistently compelling: full of ideas, humor and heart. He’s one of my favorites, and I always enjoy working with him. I feel blessed to have his friendship, and very grateful for him to come visit the Studio and share his knowledge and wealth of experience with our students.” – Terry Knickerbocker

TK Studio’s previous #TKActorTalks featured Sam Rockwell, Emmy Rossum, and Sam Esmail. Yul Vazquez is a #TKActor who has worked with Terry Knickerbocker for years on numerous projects. If you are unable to attend or you are not a #TKActor you will be able to catch Yul via livestream and ask questions! RSVP here.

Check out the Wall Street Journal’s review of one of Yul’s latest films The Infiltrator (2016) here.

Check out our 6-Week Summer Intensive and Apply Today.

Congratulations to our Excellence Scholarship Recipients!

Congratulations to our Exceptional Students – Fall 2020!

Congratulations to our August 2020 Students of the Month!

TAKE CONTROL OF YOUR CAREER, AND YOUR CRAFT

How good do you want to be?