Julia Crockett is a Brooklyn based performing artist, choreographer, actor, and movement specialist.

"Julia is an incredible artist and teacher. Her depth of knowledge is inspiring. Her openness and generosity with this knowledge is profound." - Conservatory Student

Julia Crockett is an actor, choreographer, and movement specialist.  Crockett coaches artists and individuals of all careers, from established actors to musicians, fashion designers, visual artists and business professionals. She has a unique ability to work with people from all backgrounds and levels of training to unlock creativity, expand capacity for connection, and cultivate a deeper understanding of physical self.  She currently teaches conservatory level movement at leading studios and universities across New York City, including the Terry Knickerbocker Studio and Tisch School of the Arts NYU. Crockett also teaches Performance in Design for Parsons MFA students and in 2018 co-founded her own mobile movement studio, Movement for Everybody, which provides drop-in movement classes to the public in both New York City and Los Angeles.

She is a graduate of New York University and studied as an actor in the Meisner Technique under Maggie Flanigan. She was trained in the Williamson Technique under Nathan Flower (TKS, Tisch School of the Arts, NYU) and Danielle Liccardo (Mason Gross School of the Arts). She also received mentorship from Brenna Palughi (Pace, Yale) in the Allan Wayne Work, as developed by Paul Langland.

Crockett is an established director and choreographer, working in live performance and with fashion brands and musicians including Aerial East, Chen Chen and Kai Williams, BODE and Zane Morris of TINT to conceive of movement design for presentations, photoshoots and music videos alike. Her choreographic work has been shown in multiple venues throughout New York City, as well as Los Angeles and San Francisco. She was a 2014 Leimay Fellowship Recipient and has presented work at National Sawdust, Company Gallery, Signal, Jack Chiles Gallery, 99 Scott, Judson Church, Danspace, Haeler Echo, Home Alone 2, Chins Push (LA), and Will Brown (SF). She is a member of Virago Performance Company and performed with Hudson Valley Movement Co.

“She has helped me find a new appreciation and a better utilization of my body….”

I am forever grateful to have met and to be taught by the butterfly of a human, Julia Crockett. Julia has helped me to find release throughout my body in ways that were so kind and welcoming and so helpful to me as an actor and as a human. She is a master of movement and such an effective communicator that she has helped me find new space to explore and take up. Julia has helped me utilize my breath as an instrument of release rather than as an instrument of control. She has helped me find a new appreciation and a better utilization of my body and I am very thankful for her. “I’m a better person and actor for having studied with Julia…..”

Julia is an incredible artist and teacher. Her depth of knowledge is inspiring. Her openness and generosity with this knowledge is profound — She cultivates a safe, judgment-free space where students are able to learn and fail and grow through experience and with total support. Her passion for her work and towards her students is powerful. I’m a better person and actor for having studied with Julia. 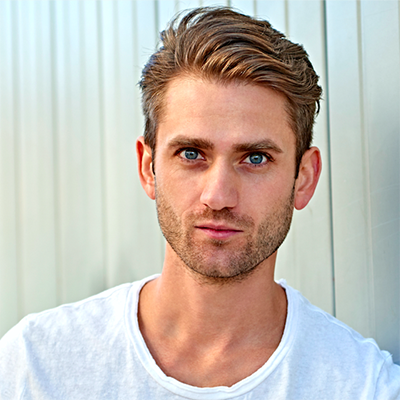 “That might have been the most playful I’d ever gotten in the Studio thus far…..”

Physical Character was an exciting way to kinda shake things up and a way for us to dive into the work that we wouldn’t have been able to otherwise, and to learn stuff that, to me, was just so much fun. There was so much play involved. Julia and Mac approach all their work with such energy and enthusiasm but with a serious passion; every class with them feels like a workshop in play, just bouncing ideas back and forth collaboratively. That might have been the most playful I’d ever gotten in the Studio thus far.

Julia and Mac’s Physical Character class is a game-changer! I learned clear, simple, creative and really effective ways to bring a character & its physicality to life via the tools acquired from the course. Not to mention, I got to work with such knowledgeable, fun and inspiring teachers. 10/10 would def recommend to a friend.