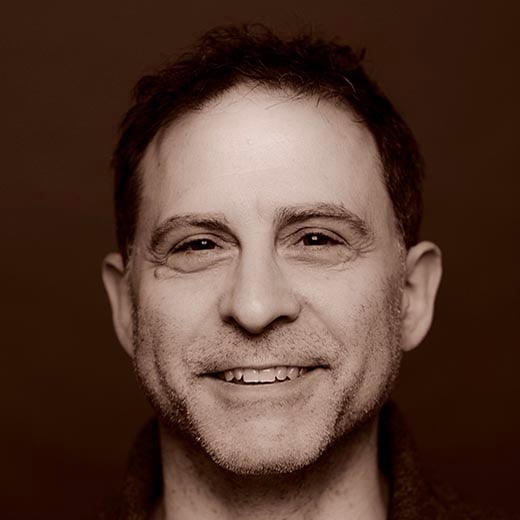 David is an award winning actor, writer, director, as well as an acting teacher and the co-founder of Labyrinth Theater Company.

“I have learned to value a community where everyone is equal, where everyone is seen and heard and each perspective is honored without feeling like we are checking any boxes. It is a very rare thing to come by these days and working with David reminds me it exists.” – TKS Alumnus

David is an award winning actor, writer, director, as well as an acting teacher and the co-founder of Labyrinth Theater Company. His early solo show, “SHMOO,” won a New York Foundation for the Arts Fellowship Award and was produced for Labyrinth by the late Philip Seymour Hoffman.  He directed the award winning short films, “THE CALLBACK,” starring Sam Rockwell and Yul Vazquez and “SHAKESPEAREAN MINUTE,” starring David Zayas acting alongside youth living in temporary housing.  He has appeared, as an actor, in new plays at Manhattan Theater Club, Vineyard Theatre, The Public Theater, Theater for a New Audience, Williamstown Theater Festival, The Old Globe and Cincinnati Playhouse in the Park, where he won The Acclaim Award for best lead performance in the play, “The History of Invulnerability,” by David Bar Katz.. On TV he will be seen this fall on THE MARVELOUS MRS MAISEL and in a recurring role opposite Forest Whitaker in, “The Godfather of Harlem,” on EPIX.   He’s also appeared on, “Deception,” “Broad City,” “Blue Bloods,” “Law and Order SVU,” “Law and Order,” “Damages,” “The Sopranos,” “Sex in the City” the movie “Clubland” on Showtime. His more recent performance piece, “Lucky Penny,” had a critically acclaimed run at the Harold Clurman Laboratory Theater in 2017 and tours nationally. David’s company ENSEMBLE FORCE uses storytelling and ensemble techniques to help teams in various fields communicate and work together more successfully.