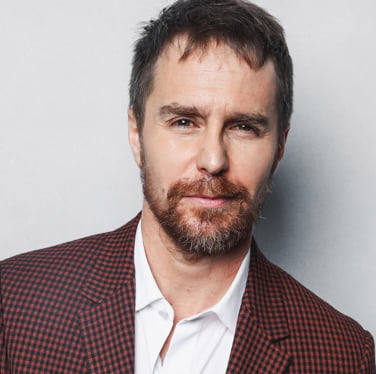 “I first took an acting class from Terry Knickerbocker more than 25 years ago. Since then I have worked with him on every film and stage role I’ve done. Nobody’s better at what he does. Terry is incredibly intuitive and full of ideas that are usually outside the box. His sense of what is truthful is like a laser. I depend on him. He’s invaluable to me and I don’t know what I’d do without him.”

Sam Rockwell is a celebrated actor and recipient of various accolades. Most recently he was nominated in 2022 for a Tony Award for Best Performance by an Actor in a Leading Role in a Play (American Buffalo). Sam has also received an Academy Award, a BAFTA, a Golden Globe Award, and three Screen Actors Guild Awards. He won the Academy Award for Best Supporting Actor for Martin McDonagh‘s Three Billboards Outside Ebbing, Missouri in 2017.

Terry and Sam have been friends and have worked together over the years on various projects including the latest Broadway production, David Mamet’s American Buffalo and upcoming Indiana Jones 5 Movie. Terry and Sam remain close friends and colleagues to this day. Recently, on the Today Show interview, he reflects on growing up around theater, the “adrenaline rush” of winning an Oscar and rehearsing lines with Laurence Fishburne on FaceTime to “keep from going crazy” during the pandemic.

“The only way to become a better actor, is to tackle the great roles”

Sam Rockwell on The Today Show

Other notable projects include leading roles in Lawn Dogs, Confessions of a Dangerous Mind, Matchstick Men, Moon, and Seven Psychopaths. He is also known for supporting roles in The Green Mile, Galaxy Quest, Iron Man 2, Frost/Nixon, and Cowboys and Aliens.

Interview Today for our 2 Year Conservatory