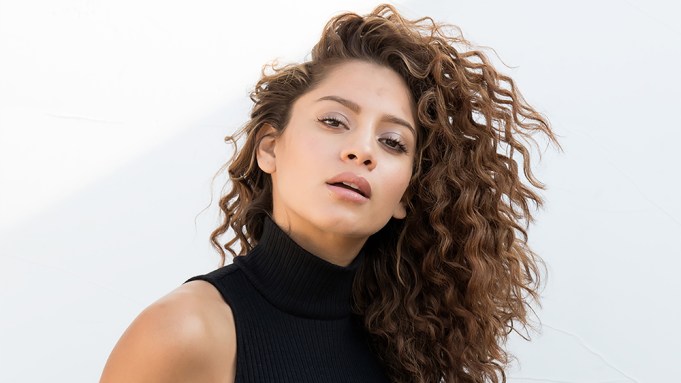 TKS Conversations: Julia Mayorga Talks About Starring in American Rust and Rare Objects and How the Terry Knickerbocker Studio Changed the Course of Her Career

Julia Mayorga stars opposite Jeff Daniels and Maura Tierney in the television series American Rust and will soon be seen in the film Rare Objects, starring with Katie Holmes, who is also the film’s director, producer, and co-writer. Julia says that, despite frequent auditioning, she never won a part until she trained at the Terry Knickerbocker Studio. Her training at TKS includes the Summer Intensive, the Two-Year Conservatory Program, and on-camera training in Year Three.

TKS: What brought you to the Terry Knickerbocker Studio?

Julia: I was in Los Angeles, where I grew up. I had a manager and was taking a few acting classes and auditioning. I got close to winning parts a few times but didn’t get them. I had good instincts, but I didn’t know how to approach the material – and, therefore, the auditions – with confidence. I would freak out when I got close to something I really wanted. I knew I needed more training. I happened to meet with someone who had studied with Terry 20 years ago, who urged me to pursue the Terry Knickerbocker Studio. I did the TKS Summer Intensive that same summer and ended up staying in New York City and enrolling in the Two-Year Conservatory Program.

TKS: What was it about the TKS Summer Intensive that convinced you to enroll in the Two-Year Program?

Julia: The Summer Intensive was a lightbulb for me. It showed me what I needed to do. I was in class every day, doing movement and voice and other elements of acting. The training was tuning me in every possible way to achieve my potential as an actor.

When I approached new material, I felt more comfortable, more open, more relaxed. I wasn’t scared, because I knew what I wanted to do with the material. I wasn’t just trying to please someone else. I had my own point of view. When Summer ended, I knew I had to stay. The Summer Intensive gives you a taste, but I wanted the full meal, and that’s the Two-Year Program.

TKS: Tell us about finding your “point of view.”

Julia: That’s what’s so crucial about training at the Terry Knickerbocker Studio. It enables you to have a point of view about the material you’re working with and to have the tools to express it. It also empowered me to connect my voice and my body to my acting. Before I trained at TKS, I felt like an imposter – that I wasn’t really an actor; that I would get caught. But I learned to approach the material with my own perspective on how the character should be portrayed.

Having that perspective doesn’t mean it won’t change, but it enables you to feel grounded and steady, as you consider alternatives. If Terry – or a director on set – urged me to consider a different approach, I could adapt, because I already had an understanding of the character and could then see how she might behave differently.

TKS: What did it feel like to become suddenly a series regular, working with renowned actors like Jeff Daniels and Maura Tierney on American Rust?

Julia: It was surreal. I had seen a lot of their work – and that of other cast members. But everyone welcomed me as a newcomer. They were very sweet. They treated me like a professional. They had all been in my situation at one time themselves, and they recognized and appreciated it.

I also felt prepared, because of TKS. I had a lot of time with the material. I had reached out to Terry and asked him to coach me on it, which he graciously did. When I arrived at the set for the first time, I was relaxed. I had woken up early, ready to go. I was expecting my nerves to kick in, but they never came. When I needed to adapt on set, I was ready. I was open to different approaches, because I had experienced that give and take at TKS. Now, we’re in season two.

TKS: Then a film opportunity opened up for you. How did that happen?

Julia: We had just wrapped the first season of American Rust, and I was back in New York City for three weeks. I auditioned for Rare Objects, and all of my training kicked in. I was selected within a week.

I auditioned by submitting a self-tape made on my cell phone – with additional lighting and sound equipment. The funny thing is that I didn’t want to send it in. I wasn’t sure it was good enough. But I had learned to have confidence, and I relied on that confidence. Soon thereafter I was meeting Katie Holmes in person and was signing up to star in the film.

I continue to turn to Terry, who has coached me on every episode of American Rust – and on Rare Objects. I returned to the Terry Knickerbocker Studio last Fall for more training, as I continue to refine and expand my skills as an actor.

Terry Knickerbocker Studio is a place for actors to commit to to being the best actor they can be.Interview Today fr our 2 Year Conservatory & Apply Today.