Why do many great actors swear by the Meisner Technique?

Well, it’s because the Meisner Technique is an actor’s best kept secret.  James Gandolfini, Sam Rockwell, and Alison Janney are just few of the big names who consistently go back to the lessons they learned in their years of foundational training.

So why are you reading this now? There are probably many reasons which brought you to this point. You’re ready to train. You’re noticing blocks in your work. You’re trying to figure out what approach might be best for you. You’re googling “New York City Acting Classes” and realizing how important this choice will be to your craft. When considering an acting teacher, a studio, or a class, take into consideration the many ways you become the best actor you can be. Readiness, laser sharp listening, emotional availability, constant curiosity, and spontaneity are just a few of the hallmarks of Meisner training.

But what exactly is the Meisner Technique?

Why is it considered one of the most successful approaches to acting? One that actors go back to time and time again to refine their craft and distinguish themselves as better than the rest?

The Meisner Technique is a highly structured technique that starts at the same place for all students: at the beginning. There is no such thing as an “advanced” Meisner class. The technique guides you, over two years and 128 classes, from basic repetition to full character work. And we truly believe that no one can consider themselves a “Meisner trained actor” without going through all 128 classes, and then some.

What you will learn in these acting classes:

Through constant practice – both in and outside of class – you develop solid, reliable artistic habits. The work becomes part of your muscle memory. It becomes inevitable. In the First Year, you can’t help but do solid good acting as yourself under imaginary circumstances because you’ve learned a set of tools and a process. You have made those a habit. Then, in second year, you are ready to begin character work.

Sanford Meisner used to say, ” The First Year is about putting money in the bank, and Second Year is about learning to spend it wisely. ”

Another way to conceive of this is to imagine that in the First Year, you are like a painter – and start with a blank palette. Over the course of the First Year, your palette fills up with authentic colors that live inside you: your joy, your rage, your sense of play. In the Second Year, you learn to paint portraits of other people – character work – while still using your own authentic inner life. And each character is a part of you. As Robert Duvall, himself a Meisner trained actor, said, “Character acting is you…bent.”

The work then explores challenging scripts from the dramatic canon, including work by Edward Albee, Tennessee Williams, Jean Anouilh, Sam Shepard, Arthur Miller, and Maria Irene Fornes. You will also work with other tools Meisner developed, including exploring the characters in Edgar Lee Masters’ Spoon River Anthology, and learning how to craft moments by creating dramatic interpretations of non-theatrical material such as Mother Goose Nursery Rhymes. At the end of the Second Year, you will have a complete set of tools and a process. You will be able to take a script – any script – and turn it into behavior. Behavior that is truthful, alive, imaginative, and meaningful. Behavior that simultaneously honors the writer and you as an artist.

How does all this sound to you? Good? We thought so. You may be ready to join the other successful actors who rely everyday on the rich foundational work that the Meisner work provides. And you have come to the right place. Reward your curiosity and start the conversation with us.

Students are encouraged to enroll in Conservatory Essentials for comprehensive actor training.

How Good Do You Want To Be?

"We Train Actors In 2 Years"

TK Studio is an extraordinary place to train and grow as an actor. Terry’s personal and thorough approach to acting (based in Meisner) and the conservatory process is – in my opinion – the best you will find anywhere. And the Studio staff are wonderful as well. TK Studio is a truly special artistic home. 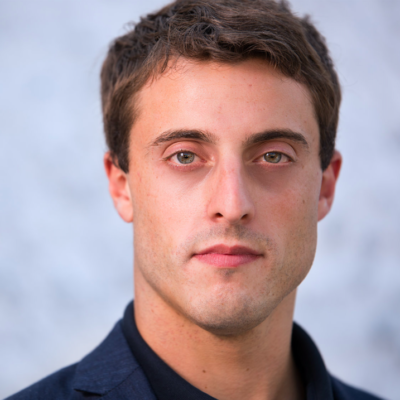 “I left his class with a broader view of the world, a stronger understanding of our work and a better sense of myself as an artist….”

Upon walking in and seeing TK Studio for the first time, I realized how serious Terry Knickerbocker is about building an environment conducive to learning. Every inch of the space leads one closer to the reason we are all there; the work. With his attention to detail moment-to-moment, Terry keeps precise notes on every part of a scene, which equates to an incredibly thorough critique of the work which helped us find more ideas, more understanding, more fun. Having studied Meisner my entire career, I found Terry not only continuing the traditions of Sandy’s technique, but also working in a way that still welcomes serious actors with other approaches. Terry’s insight, creativity and thoughtful analysis are why I feel Terry is at the top of his game, and will surely be getting even better. In class, Terry is a teacher, coach, director and trusted advisor, helping us find deeper, more specific meaning in our work and in ourselves. I left his class with a broader view of the world, a stronger understanding of our work and a better sense of myself as an artist. 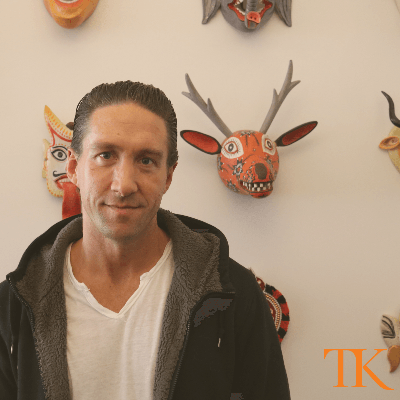 “….this work is both the most difficult thing that I’ve ever done and also the most fun….”

In January, I started training as an actor at Terry Knickerbocker Studio in Brooklyn. I took a leap of faith, moved to New York, and enrolled in this full-time program. My teacher Terry Knickerbocker asked me if I wanted to come do this work with him, to learn about myself, and to transform. With COVID-19, the experience has been different than I expected, we transitioned the learning onto Zoom, but the work and my excitement for it are as alive as ever.

This work is teaching me what it means to “behave truthfully”, which is hard in a world that thrusts so many social norms and conditioning upon you. It becomes harder in a time like this when many of us disconnect from how we feel because feeling would be too painful. I came to this work because I wanted to explore what it meant to be more available to myself and to un-peel more layers of the onion that is me.

I’m also becoming a child again in rekindling my imagination, something that I wish I could have played with more as a child. The imaginary world is alive. It keeps me fresh, adaptable, and curious about this crazy thing called life.

The friends that I’ve caught up with during COVID have asked me how things are with classes online and how my transition has been. My answer is that this work is both the most difficult thing that I’ve ever done and also the most fun. It’s the most fun that I’ve ever had, and it’s really rich and deep. Terry has been teaching this work for 35 years. He’s committed, all-in, and he loves teaching Meisner. It’s his purpose.

If there’s any part of you that is interested and wants to know more, this is a great opportunity to dive in and learn more. It’s life-changing work (even if you don’t want to be a working actor) that you’ll never forget. It’s showing me how to be truthful and, most importantly of all, free. 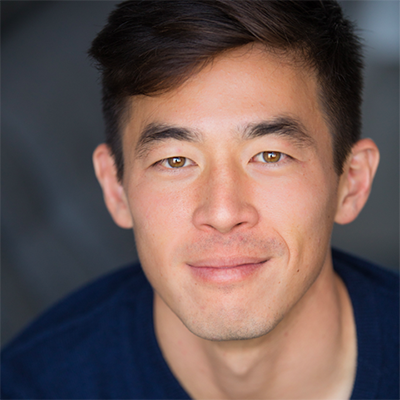 “….That, to me, is the mark of a truly great teacher. One who actually wants you to not need them anymore.”

Terry always knows which parts of you to encourage:

-when to push or when to back off.

-when to let you fall flat on your face and when to hold your hand.

-when to ground you in technique and when to coax your imagination into flight.

His depth of knowledge about acting, theatre, film and all the arts is apparently bottomless. His breadth of knowledge covers so many differing facets of life that it hurts my head.

Honestly, the man knows more about everything than anyone I’ve ever met, which impresses me mostly because it’s indicative of just how interested he is.

Most importantly: he knows when to leave you alone. That, to me, is the mark of a truly great teacher. One who actually wants you to not need them anymore. 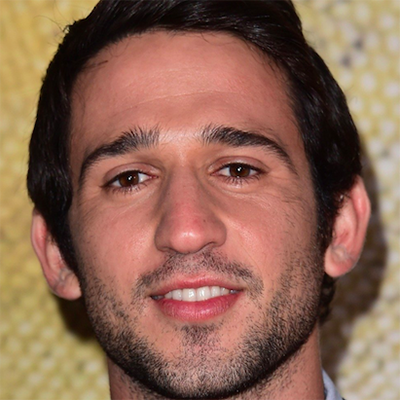 “It is to him that I owe my maturation as both a person and an actor…..”

Terry is the best teacher I have ever had, in any subject, across all academic and artistic boundaries. What he has taught me about acting may be secondary to what he has taught me about my approach to life. He is responsible for cultivating my sense of communication and interaction with other people, and how to be fully engaged with the world around me. It wasn’t until working with Terry that I learned how to listen – really listen to other people – and move beyond any self involvement (I had a lot) in order to be present in the moment I am currently in. Terry models this behavior by being with you in every moment – engaged, active, and alive – while taking as much time as it takes to nurture this process for every student that walks through the door. It is to him that I owe my maturation as both a person and an actor. Over the course of 10 years of studying with him, I continue to gain valuable insight and new perspectives with every class. I admittedly remain a work in progress, but I have complete faith and trust in Terry to continue guiding me for the next 10 years, and beyond. I look forward to the person he will help me to become. “My experience training with Terry has been a wake-up call of the heart….”

I highly recommend this teacher, this studio and this path if you aspire to be a true artist. My experience training with Terry has been a wake-up call of the heart. Terry encourages you to be who you are…unhinged and in raw form. He stands by the individual, cultivating a spirit and work ethic inside that is invaluable in artistry and every aspect of life itself. If you are reading this and are considering this path, you are already on it. This is where you come for the truth. 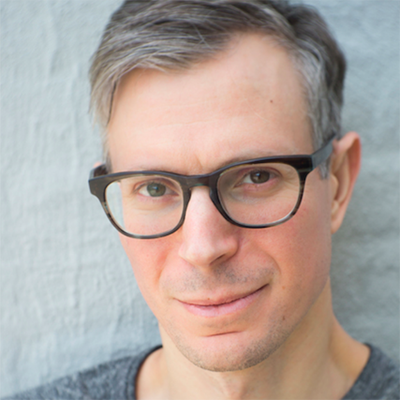