"Katie is the kind of mentor and the kind of teacher who really empowers you as an artist to show up and to do the work." - On-Camera Student

Katie matriculated from the Theater School at DePaul University with a BFA in Acting. She has lived and worked in Chicago, Los Angeles and New York City. She is an accomplished actor and singer working in theater TV, film, animation, audio books and commercials.

Katie recurs on the Hulu series The Looming Tower and the upcoming seventh season of Venture Brothers on Adult Swim. Her other recurring and guest role appearances include Law & Order: SVU, Chicago P.D, The Affair, Nurse Jackie Feed The Beast and Blue Bloods. On stage, Flahive starred in Fidelis at the Public Theatre. She has also been seen on stage at Steppenwolf, Northlight Theater, Atlantic, Griffin Theater Company, Victory Gardens/Remy Bumpo and Theater on the Lake.

As a teacher, Katie has taught Shakespeare with Stages on the Sound, master classes and on set technique for Matt Newton Studios and currently she teaches advanced performance technique for Film and TV at NYU (Stonestreet Studios). She also teaches privately and has worked as an on set acting coach for shows shooting in NYC.

When she’s not teaching or performing, Katie spends her free time as a volunteer and mentor with the 52nd Street Project- a community based arts organization for kids in Hell’s Kitchen, NYC. She will be traveling to Greece with the Campfire Project thi— an arts organization dedicated to offering support and arts outreach to those living at a refugee settlement in Ritsona.

“I can’t believe I ever booked a job prior to Katie and wonder how many auditions I blew because I didn’t have the skills she teaches…..”

Katie Flahive is a gift. She is a talented, working actor who helps you put all of the incredible lessons you’ve learned from Terry and the other amazing staff at TKS to use. The ability to self-tape is something I never knew how to do, and learning how to do that effectively has been invaluable. I’ve attended TV and film seminars in the past and many feel overly technical or “showbiz-y.”  Katie reminds us not only about the technical aspects of acting in film and TV, but also about our choices as artists and as human beings, and how to develop a practice that nourishes both.
In addition to all that we accomplished with script analysis, self-tapes, cold reads, prepared sides, etc., we also did exercises in movement and breath and music. I can’t believe I ever booked a job prior to Katie and wonder how many auditions I blew because I didn’t have the TV and film skills she teaches.
After the 3rd Year program ended, I have continued to take class with Katie in small groups. The time spent with fellow actors and artists every week doing this work is such a welcome respite. Always challenging, but always welcome. For those few hours, I am reminded that, in a world where everything seems to be going to shit, storytelling has never been more important.
– Kathy C.
3rd Year Student 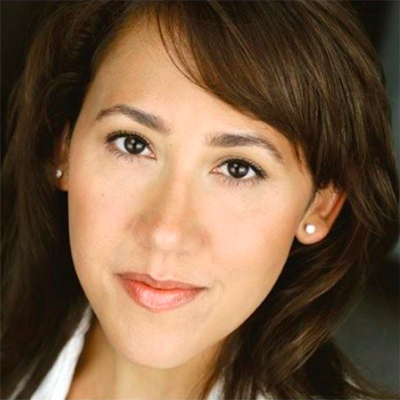 “I feel like if you want to be an on-camera actor, Katie is the way to go….”

What struck me the most about Katie’s teaching and coaching is that she’s in the Industry and she’s experiencing what we want to experience in the Film & TV world. She brings in her knowledge and shares it with us and it’s incredibly hopeful and relatable. She’s been able to bridge the work the we do in Terry’s class to her class and make it make sense on camera as simple as it can be.

I feel like if you want to be an on-camera actor, Katie is the way to go. She’s brilliant. She really is. Because of her I was able to find my way and I was able to narrow down what I needed to work on. She’s there with you. I now have a better understanding and a better relationship with the camera. I appreciate her class so much and I plan on taking more classes with her to keep my craft going and improving. She’s a hard worker and a hard-working coach and I aspire to be a hard-working actor just like her.

Take her class. Take her class! Especially if you’re more in tune with stage and theater acting and want to go in to Film & TV. It’s challenging, but she has the way and the teaching and the techniques to get the ball rolling. “Katie is the kind of mentor and the kind of teacher who really empowers you as an artist to show up and to do the work….”

I have been working with Katie Flahive just short of two years now. Katie is the kind of mentor and the kind of teacher who really empowers you as an artist to show up and to do the work. She works with an incredible specificity and precision and she never misses a beat. What that really allows for is it helps you cultivate a creative process that is not about perfection, it’s just about skillful execution.

In the two years that I’ve worked with her, I’ve seen her treat each student that has come into the studio (or has popped up on a computer screen) with such a level of care and compassion that the outcome is you are working in a space that is incredibly safe. So you feel like you can push yourself, challenge yourself and, ultimately, you can surprise yourself.

Whether we’re working monologues or scene study or Katie is teaching us about the business of the entertainment world and of acting (which she has an incredible amount of knowledge on), I think what this class really gives you is a road map. We all know that this career is not something that is incredibly linear. So having a road map is a tool that is very, very important. That allows you to have a certain level of confidence that I know I have gotten since working with Katie. That’s probably one of my biggest takeaways from this class. So the work is hard and the work is challenging but ultimately the work is incredibly fun. And I would say, “Run, don’t walk! Go work with Katie!” Katie will get you used to being in the audition room. She will help you understand the audition process and how the industry operates. And I think for any actor who is up-and-coming: that is invaluable. I can’t imagine anyone who wants to be an actor, who wants success, not taking this class. “….she really challenges you to be the artist that you say you want to be….”

What I love about studying with Katie is the combination of rigor and nourishment that she brings to the classroom.

I always have a combination of this vibrant fear going into class because I know I’m going to be pushed to my limits; but, at the same time, it’s in the best and the most encouraging and safe environment which she nurtures. She encourages you and loves on you and is just so open and approachable and real. She brings play to the class because she’s a playful and fun person.

So, for me, it’s just the best experience ever. Like this is why I wanna do this: I want to challenge my self, I want to grow, I want to connect, I want to be a better artist. And at the same time, I want to have fun. So I would definitely encourage anyone to take a class with her. “Since I started working with her, I know what I’m doing and I’m confident every time I get a script…..”

Katie, without a doubt, has helped me raise my game on every level when it comes to auditioning for Film & TV. She’s worked in the industry for a long time and knows what she’s doing— she’s full of wisdom and knowledge related to the business and how an actor can empower themselves with an entrepreneurial mindset and a vision for the kind of work that they like to do, where they want to take their career, and the steps that they can take to get there.

And she’s genuinely a delight to work with. Since I started working with her, I know what I’m doing and I’m confident every time I get a script. You learn to get a script on short notice, analyze it and make bold, creative decisions that are also clear and true to the writing and the storytelling. Continuing to work with her, I’m constantly engaging with my creative impulses and just strengthening and reinforcing all the habits that are relevant to auditioning and I think that that will reflect itself in every room I walk into and everything I self-tape and submit for.