Carolyn is a firm believer in the healing and transformative powers of acting. She received a B.A. from Harvard and a Master of Social Work from NYU with a focus on therapeutic drama techniques.

“Carolyn is one of the best teachers I’ve ever had. She not only knows so much about what she’s teaching, but her lessons are relevant and coherent. She really kept my mind active and engaged; she made things really click for me…I feel like she could teach me for years and years. This class pushed me immensely every class and kept forcing me to strive to improve and actively think about the process and the work. This Meisner training completely changed my view of acting and I love that it did that.” - NYU Student

Carolyn McCandlish began training with Terry Knickerbocker in 2008, first as an actor at the William Esper Studio, then as a Meisner technique teacher when the Terry Knickerbocker Studio first opened. She also teaches “Intro to Meisner” at NYU Tisch’s Experimental Theatre Wing.

As an actor, Carolyn also studied with Maggie Flanigan, Fay Simpson, Richard Armstrong, Elena McGhee, Alisa Endsley, Ted Morin, and Jeff Wirth. Her theatre credits include The Spoon River Project (Green-Wood Cemetery), Crimes of the Heart (Fable Farm Theatre), Stomp and Shout (Babel Theatre Project), and Donnie Darko (American Repertory Theater). Carolyn was a founding member of art.party.theater.company (Meeting, Important; Starbox; Bad Romance; Bryant in the Park; Schooled), which specialized in designing creative performance installations and reinvigorating classical texts through site-specific, physical theater. She also co-founded the interactive, dramatic improv ensemble Playing With Reality (Journey On, Give in to Sin, Properties of Play, This Is Storybox), with which she performed and taught workshops in Amsterdam and across New York City. Carolyn co-wrote, co-produced, assistant directed and acted in Whispers in the Dark, an interactive 24-hour film project for the New York Film Festival at Lincoln Center.

Carolyn received a B.A. from Harvard and a Master of Social Work from NYU with a focus on therapeutic drama techniques. She is a firm believer in the healing and transformative powers of acting.

“She comes in everyday with a great attitude and ready to work…..”

I joined the Intro to Meisner Course to become a better actor. During the process, I felt I was not only becoming a better actor but also a better person. The technique and my dedicated teacher, Carolyn, opened my eyes in so many ways. I loved how intimate the class setting was. You come in ready to give acting your all and Carolyn will reciprocate with her feedback. She comes in everyday with a great attitude and ready to work. She also takes her time and makes sure you understand what is going on. I LOVED this class and the technique so much that I decided to join the Two Year Conservatory! 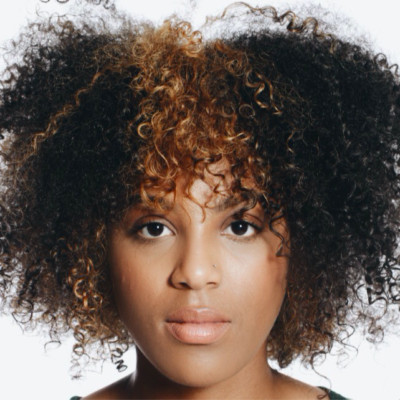 Working with Carolyn helped me harness and celebrate my uniqueness– what I alone can bring to a character. She truly exemplifies what it means to approach acting with dedication, compassion, and a sense of play.